Older Brother of famed American Western Lawman Bartholomew ''Bat'' Masterson – Edward John Masterson was born in Canada in 1852. His Family migrated to Wichita, Kansas soon after His birth. A ''good man'', Ed followed His Brother Bartholomew into an early career as ''Buffalo Hunter'' in the late 1860s. His first ''job'' as such was provided by another iconic Western Legend – Wyatt Earp. In time, as Earp's career in Law Enforcement advanced, He needed reliable Deputies. Both ''Bat'' and Ed were recruited to assist Him in His ''clean-up'' of Dodge City, Kansas. Ed was known as an ''affable man'' by many that knew Him, perhaps too much. In 1878, Deputy Ed Masterson was enforcing the recent ''anti-gun and anti vagrancy'' Regulations established in Dodge City, when a drunken Cowboy named Jack Wagner shot Ed in the side. Ed suffered for hours before He died. The end result of the incident caused His Brother ''Bat'' to ''send for'' a retired Wyatt Earp to help ''clean-up'' Dodge City. Wyatt had a particular ''affection'' for Ed and much as Earp's Brothers – He ''avenged'' Ed's death. Sadly, when the local Cemetery ''relocated'' due to the expansion of The City, Ed Masterson's grave was ''lost''. His final resting place is actually ''unknown''. 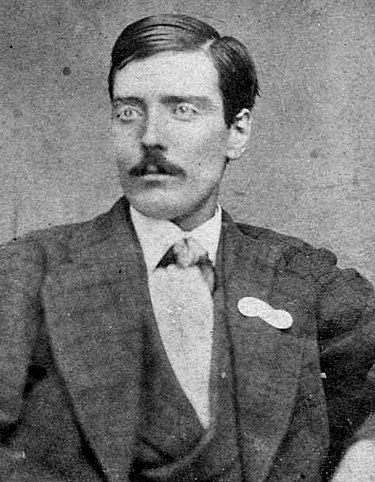