Edward Coates was an American Pirate who operated in the late 17th Century – primarily in The Indian Ocean and The Red Sea. He had learned his trade as a Privateer in King William's War (1688-1697). As with most of his Trade, many “Privateers” refused to stop their raiding after The War (due to the financial gains with just one ship taken). Coates was one of these men. Coates first Privateer – The “Jacob” initially attacked French shipping and earned him some 1,800 pieces of gold (a hefty sum). However, it was learned that The “Jacobs” Captain had cheated the crew. It is speculated that Coates led a mutiny with the crew and killed The Captain. Taking The ship, the crew elected him their Master. Heading back to New York, Coates arranged for The Governor to pardon him and the crew for their “Piracy” (in exchange for a large bribe). It apparently worked, for Coates and crew were pardoned and resumed work “protecting” New York Harbor from “Piracy”. In 1694, Coates (and a new crew) – for some reason, went back to “traditional” Pirate activities. He made it to The Red Sea and operated quite well in the Region until his capture and execution in 1696. 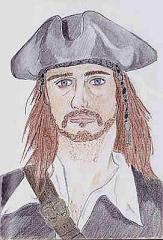