Taken from the French meaning “Ladder Rung”, The Echelon formation is another tactical formation many centuries old. Seen in Greek Phalanx attacks, it is applied when Units are arranged diagonally (or behind and to the right of the next Unit). It is a form of flanking in which a Unit (staggered) attacks an enemy front, followed at intervals by another (and another). The goal id to weaken an opponents Center. The Echelon also afford maximum vision to the attacking unit (affording views from all angles – except the Rear). The tactic is still used by most Armed Forces and many Air Forces use a modified form when flying in formation (prior to an attack). 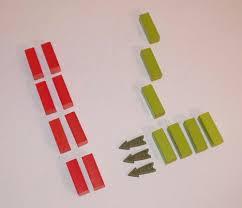