As The ''Sword and Shield of The People'', The Stasi (Staatssicherheitsdienst) were The State Police and Security Service of East Germany. They were formed in 1950 under Soviet Doctrine. They numbered an estimated 90,000 Employees (with a possible 175,000 Reserve). After World War II, Germany was divided into two halves. The West was controlled by The US, Britain and France with The East under Soviet Control. The Government established was pro-Communist and modeled themselves after The Soviet Union. To maintain strict control over the populace and to tightly regulate any possible Western influences, a massive Wall (aka ''The Berlin Wall'') was constructed. All Access/Egress was tightly controlled. To maintain that the populace remained in synch with Soviet Doctrine, The Stasi were created. Masters of espionage and counter-espionage, their main goal was to capture and re-educate any transgressors. Many thousands may have fallen prey to torture and execution at their hands. The Stasi employed all means of entrapment to include Vices.

Bearing a resemblance to the former Nazi Gestapo, The Stasi modeled themselves after The Soviet KGB (a similar National Police Agency). Their uniforms resembled their Nazi linage and their Soviet counterparts greatly. The Stasi also operated ''Loyalty Units'', which were assigned to The East German Army. Their mission was similar to The Soviet's ''Political Officer'' (charged with ensuring adherence to Soviet Doctrine). They monitored all Officers and Soldiers. They also maintained tight control of The Wall and Checkpoint Guards, to ensure that anyone trying to escape East Germany was shot (to include Guards if they did not fulfill their ''duty'').

With the eventual withdrawal of The Soviet Union from control of The Eastern Sector, The Reunification of the Two Germany's commenced in 1990. With a Democratic Government establish throughout The Nation, The Stasi were outright banned with many facing prosecution. Most fled into The Soviet Union, in exile from Germany forever (least they would be tried and possibly imprisoned for life). Some were so captured and incarcerated. It is estimated that over 250,000 Men and Women were unfairly imprisoned and tortured by The Stasi during their reign. 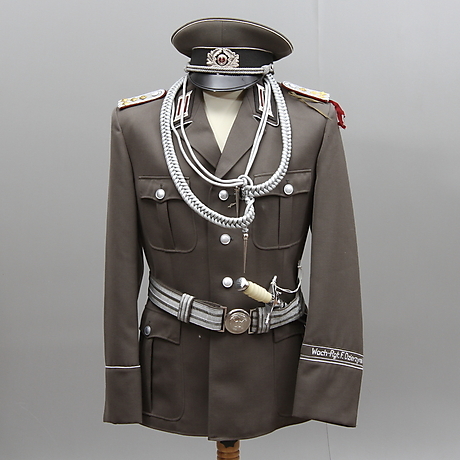