Originating in Spain (by Moorish influence), the Ear Dagger was seen in the late Middle Ages. So named for the distinctive ear pommels on it's handle (resembling human ears), the dagger was roughly 6 to 8 inches long. Made of steel, it could be single or double edged. The pommel, often split over the handle p would give the wielder more grip and thus more force when striking. The Ear Dagger was an advantage over light chain mail. It would also be a favorite of Royalty and Assassins in France and Italy. 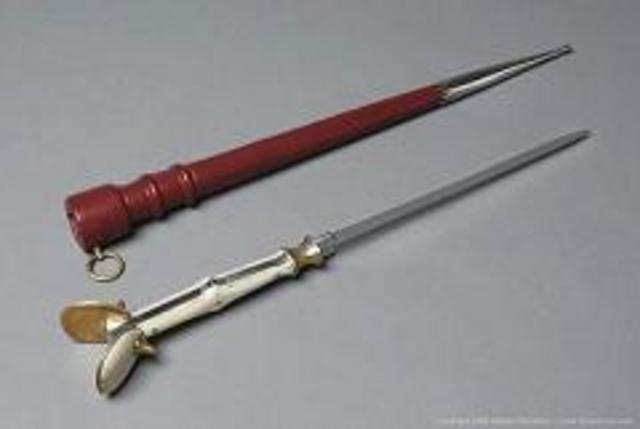