The Dutch designed Fokker D.XXI was a Fighter Plane designed and marketed in 1936. This Fighter was a principle Model for The Finnish Air Force, but was also used by The Spanish National Air Force during their Civil War of the late 1930s. When Germany occupied The Netherlands and surrounding Regions in 1940, several were incorporated into The Luftwaffe. Even The Soviet Union was impressed with the overall performance of The D.XXI (using many in their War against Germany). The Fokker D.XXI was also credited with being one of the few Era Fighters than could maintain pursuit against the vaunted German Stuka Dive Bomber. Flown by (1), The D.XXI was 27-feet long with a wingspan of 37-feet. Power was provided by a single Bristol Mercury 9-cylinder Engine, capable of 840-HP. Airspeed was rated to 300-mph. Operational (altitude) Ceiling was 38,000-feet. Armament greatly varied – but it was produced with (4) .303 Vicker Wing machine Guns. 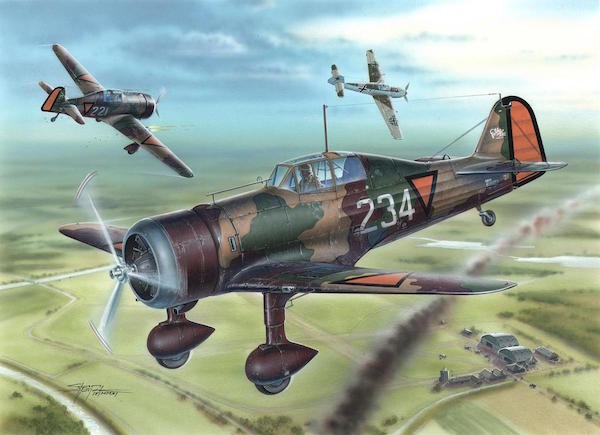