Originally developed in the 3rd Century in Central Europe - the Dussack evolved and was used well into the 15th Century (by many countries). Initially a large fighting knife, a close visual representation would be the American Bowie Knife. A large simple wooden grip (sometimes with hand guard or not), the Dussack blade could be anywhere from 14 to 25 inches long. Thought to be primarily a training weapon in Swordmanship - documentation of the Dussack (in training) from the period has been found. No doubt the Dussack found it's way onto the battlefield, being popular among the lower classes or peasant warriors. Some historian have speculated that the weapon was also made out of wood and was strictly a training weapon only (although no surviving examples have been found). 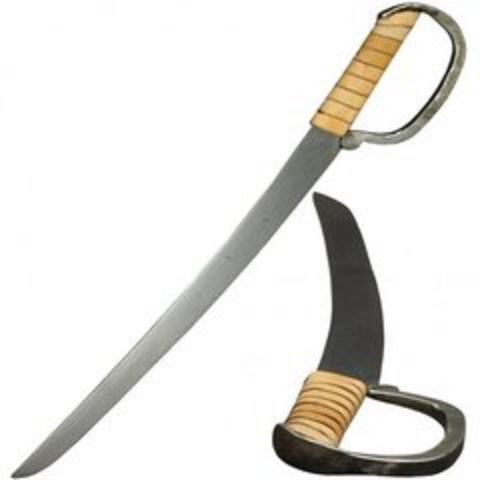