Indicative to Scotland, The Dun-style of fortification building was similar to The Broch. Dating to the 7th Century AD, The Dun was a form of island or hill fort which incorporated surrounding geological features such as water or rocky hills. Both were seen as important to the defensive structure. As previously discussed, Vitrified Forts were an off shoot of The Dun. In many cases, long abandoned vitrified forts were reclaimed in succeeding centuries and built upon. The glassed stone served as a strong defensive perimeter to the larger fortress, built upon the surviving plateau. Using traditional castle building techniques, often Duns were seats of power for larger Clan Houses, and were often surrounded by farmland and homes of field workers. In many cases, Scottish communities along the coasts developed from The Dun-style of fortifications.

A combination of stone and wooden walls (ramparts) were constructed, with most ranging from 8 to 12-feet in height. In some cases, wooden Guard or Watch Towers were placed around the perimeter walls. Most inner structures were stone with wooden or a combination of wood and thatched roofs. Water sources were a main source of need, but in most cases – ancient sources from their pre-vitrified period still existed. By the 11th Century AD, most Dun Systems had been abandoned by Clan Houses in favor of The Bawn or Barmkin style of fortified Manor Houses. 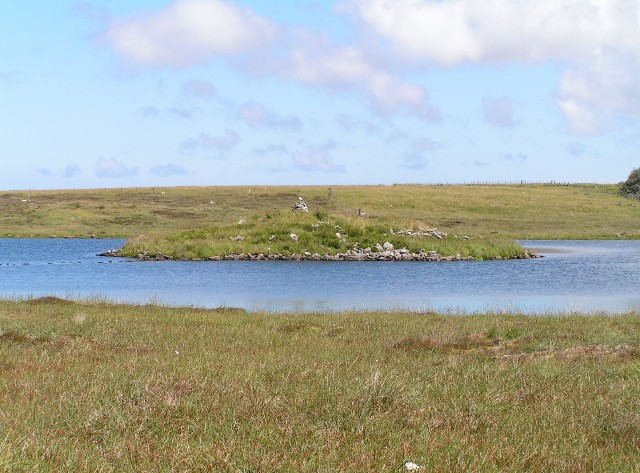