The term ''Doss House'' can be traced to the 1860s of The City of London, England – and would become even more well known in the 1880s. Identified as ''cheap'' accommodations, usually only the ''working poor'' used these locations. Often, just a collections of flat beds with straw bedding – The ''Doss'' House was a form of ''Poor Man's Flop'' In fact this term ''Flop'' would carry on to The America's as the similar ''Flop House'' (or Hobo Hotel). Those who lived their (or slept as it were), were known as ''Transients'' or having no Home of their own. ''Doss'' Houses'' were rented for a ''Penny a Night''. Which actually meant from 6 pm until 6 am (when the occupant was often thrown out - to make way for the next ''Flop''.

Although supposedly regulated by The City of London, these broken down Tenements were often neglected and overlooked. No adequate sanitation or water, made them a breeding ground for vermin and disease. As one would expect, fires were a common issue with such dwellings.

By the 1870s and thru the early 1890s – Doss Houses became the prime place of ''off duty'' rest for London's Prostitute ''legions''. Often, these Ladies had to work ''several customers'' just to ''make The Doss'' (as it was then known). And while ''cleaned up'' of ''riff raff'' with tighter fines leveled against Owners, Doss Houses could still be found as late as the 1930s in London's more ''seedier sides'' of Town. Many surviving examples were destroyed in The London Blitz of World War II. Modern examples actually can still be found in many major Cities of The World. Like their 19th Century ''relatives'', these are often run down and barely legal (often older) Hotels – whose most prominent ''customers'' are the Working Poor and Transient (Homeless) Communities. 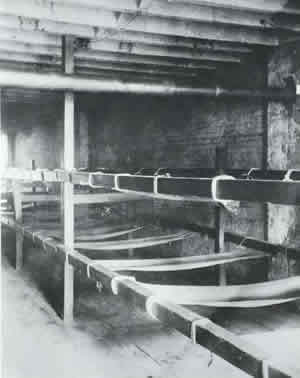