While many know the name of Jean Lafitte, ''Pirate King'' of New Orleans (Louisiana, US) during the early 19th Century, few may know the name of Dominique You. He served as Lafitte's Second in Command when Lafitte established His ''Pirate Haven'' in the swamps of New Orleans. You was of French birth, and born around 1775. According to some, You served as an Artyilleryman under Napoleon during The Emperor's War against Europe. You was very proud of an award He claimed was given to Him by The Emperor himself. Before He joined with Jean Lafitte, You left Europe and secured several Ships and Crews. As ''Captain You'', He was said to operate as both Privateer and Pirate in The Caribbean and off the Coasts of both Florida and Louisiana. His Flagship was The ''Pandoure''.

Losing most of His ''Fleet'' to a Hurricane in The Gulf of Mexico, You was a constant irritant to US Shipping, despite the on going War with Britain (War of 1812). A high bounty was placed on You's head. Perhaps this was the reason he joined forces with Lafitte. You obvious skill with Artillery gave Lafitte ''an edge''. In hopes of a ''promised pardon'' to Lafitte and all His Crew by then General Andrew Jackson (commanding American Forces at New Orleans) – IF Lafitte and His Men assisted Jackson in defending The City from a British invasion. Lafitte agreed. You took charge of ''Pirate Cannon'' positions and was present at the epic Battle of New Orleans.

After the battle (and War), You accepted His Pardon. He never went to Sea again. Settling into New Orleans life, You ran for various political Offices and was a keen supporter of Andrew Jackson for US President. Never married, He died in 1830 and was buried in New Orleans. 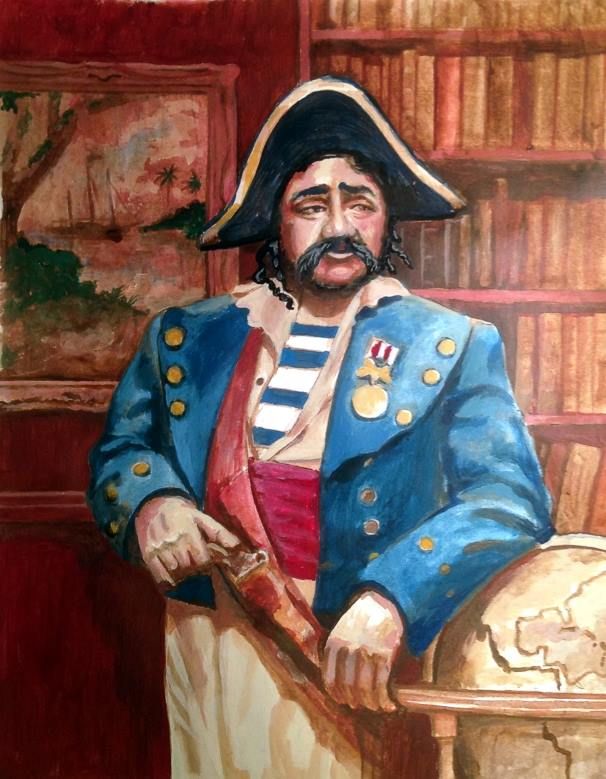