The Title of Domesticus in relation to the Late Period Roman Army (2nd Century - 4th Century AD) - was a Member of an Elite Military Guard Unit. Their goal was to provide protection to Roman Staff Officers. Their name was roughly translated to mean "belonging to The Family". This was linked to The Army as "One's Family". Domesticus' were very reliable and could not normally be corrupted. Normally, as feet several years of this service, a Domesticus could be offered Command of a Regiment within a Legion. They were also specialized in their duties, forming both Infantry and Cavalry. No known Domesticus System existed in Rome's Naval Service. In the later Byzantine Empire, Domesticus were used differently. Seen as well educated and trained, they were Servants to Nobility. At this point, a Domesticus was not from the "Common" Class. The term would evolve much through the Centuries, until it would be linked strictly as "Domestic", which was a Common Servant. 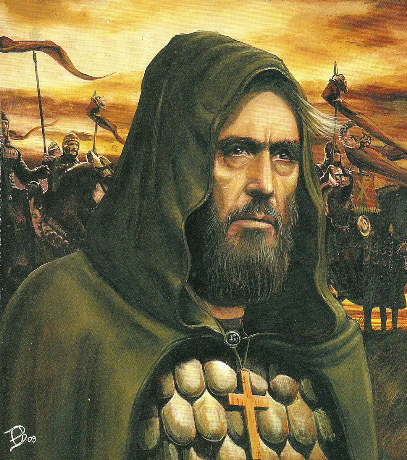