Built in 1089, Dolianova Cathedral was not officially completed until 1503. Located in Sardinia, Italy – the Cathedral was consecrated at the Archdiocese seat in the 13th Century. Romanesque (with Gothic influences later incorporated), Dolianova was built of regional limestone. It's Bell Tower was destroyed by an earthquake in the 16th Century (but rebuilt). The Cathedral is noted for it's limestone carvings of the “Gifts of The Magi” and “The Adoration” (both dating from the 15th Century). Dolianova Cathedral is still a functioning Church within The Catholic religion. 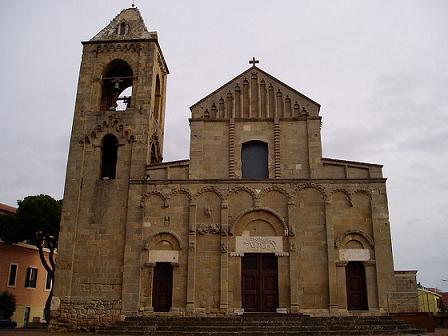