In essence,  The Ancient Roman Tool known as The Dolabra, was a type of Entrenching Tool. Similar to a Modern Pick Axe, they were carried by Roman Soldiers. The head of The Axe was made of Bronze or Metal, and were around 1-foot long. It solid handle was unsanded wood, and was 2-feet in length. The Front of The Axe was tapered with a slight cutting edge. The Rear of The Head was sloped to a point. The Dolabra also featured an "Edge Sleeve", which wad placed on the blade to keep it's Carrier from cutting himself when carried on a belt. The Dolabra was used to chop and clear small bushes and tree, as well as for hacking at packed earth and stone. Not all Soldiers carried The Dolabra, but it was just as important as a Spade. 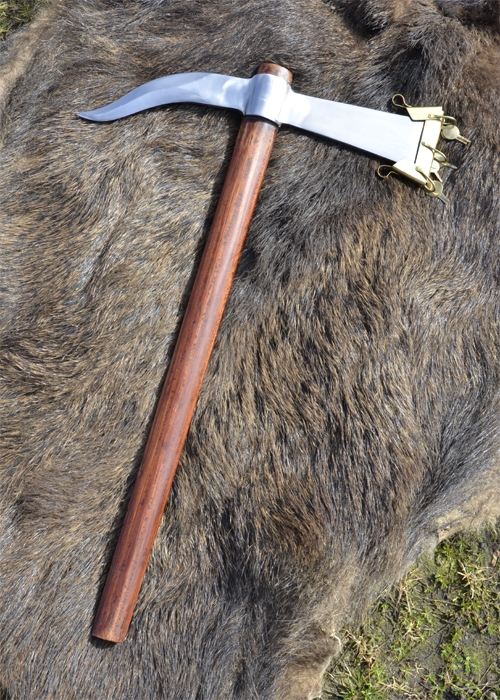