While the origins of his name have LONG been lost (some say his name was Dixie “Bulley”), he was truly a “Pirate”. Claiming England as his birthplace (early 1600s) – he left for The New World in 1631 (Boston). From that Colony, Dixie used a small Schooner to trade with Indian Tribes located along the Eastern Coast (as far as Maine). In 1632 however, Dixie was attacked by French Privateer's (and had his ship taken). This created a “hatred” for The French. Making his way back to Boston, Dixie recruited a crew (and a Ship). By late 1632, Dixie Bull had begun to plunder French shipping (earning him the nickname “The Dread Pirate”). He set about a “land attack” against the French Fur Trading settlement of Pemaquid (Maine). Sacking the Village, Dixie's raid netted him and his crew over $2,000 (USD). His “legend” states that while “active” he buried most of his loot (much of which was NEVER recovered. Further, some say Dixie began to attack British shipping. In this version of his “story” Dixie was captured and hung at Tyburn Prison. Regardless, Dixie Bull simply “vanishes” from Pirate History around the mid-1640s. 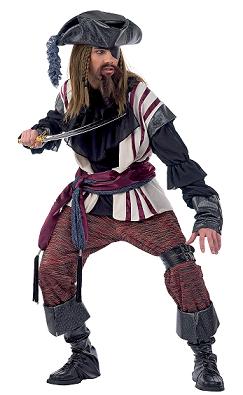