More appropriately The "Military Diploma", was a form of Ancient Roman Military Award. They were very much different in some regards with how Certifications of Training are given today. The Diplomata goes back to Republic Period  and carried on to The Imperial Era. In usage, they were given to Veterans who had completed 25-years of Service. Often, whole Units were awarded a Diploma. Whole Units often remained together for the duration of their tenure.

Names were inscribed on Brass Tablets with required information.  These were kept in Roman Archives. These were important to establish Citizenship and election to certain Public Offices. It is speculated  (as none have survived), that a parchment version wad given to the Soldier  (which would have been kept as an important record). After the "Fall" of Roman Government, many of these Brass Tablets were destroyed and melted due to Barbarian Invasion. Some however, have survived. 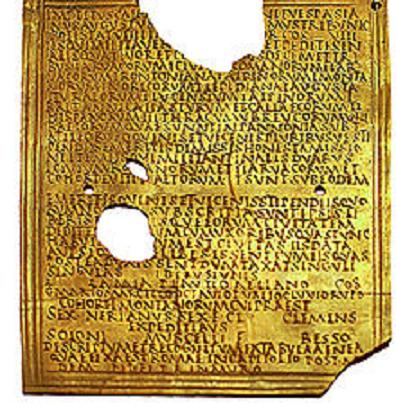