Another iconic piece of Vietnam War Era Clothing that was adopted by The Viet Cong, was The Den Lop Sandal. Sometimes referred to as “Freedom Sandals” or “Ho Chi Minh Sandals”), they  had a unique beginning. Sandals, often made of pressed and cut organic materials, were a common form of footwear Regionally worn for Centuries. With French Colonialism in the 1880s, so to was rubber found to be a primary resource in Southeast Asia. Hundreds of Rubber Plantations processed the raw material for use. With the advent of The Automobile, France produced thousands of tons of the substance for use as tires. Excess was discarded, only to be taken by poor Commoners. Soon, they began to produce a kind of Sandal made from the rubber. Remarkably sturdy and long lasting, The Den Lop was born.

With the start of The French Indo-Chinese War, discarded Military vehicle tires were pressed into Service as Sandals. A single tire for a standard Truck, by example – could produce up to 20 Sandals. Their nickname derived from the Leader of  the Guerilla/Rebel Viet Minth Forces , Ho Chi Minh. With American involvement in The Region, often discarded Military vehicle tires by the hundreds, often unwittingly supply the Enemy with the means to “shoe” hundreds of VC Soldiers. The Den Lop is still manufactured today as a basic footwear for many in Vietnam. 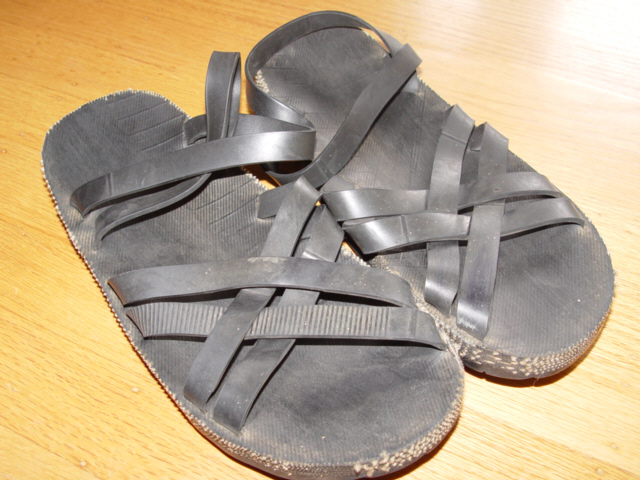