The Isle of Mann is a self-governing English Dependency, located between England and Ireland – in The Irish Sea. With human occupation dating to 7,000 BC – organized government dates to the 6th Century AD. Having it's own language (Manx) and at different point in History coming under control of several Nation Kingdoms – the unique land mass maintained it's system of laws, based mostly on English Doctrine. It's population has seldom gone over 100,000 persons. This size lead to the establishment of a Legal System, presided over by a special Juris known as a Deemster. This was equivalent to a Judge, and dates to the 14th Century AD. A form of which, still exists. The Deemster is best described as being given legal authority to hear Trials and pass judgment by special warrant of The Isle's Sovereign. In time, when self-dependency was established, The Deemster was granted His authority by The Lord of The Isle of Mann. 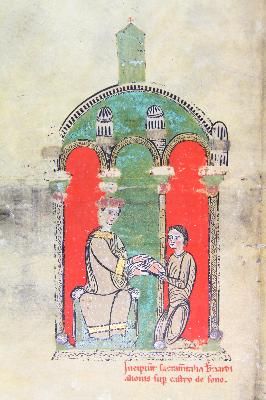