We have seen in several examples of American History of Women who masqueraded as Men in order to serve in The US Military of the 18th and 19th Century. Perhaps no more unusual a tale is that of one Deborah Sampson. Despite heavy obstacles to her Pension (in later years), Sampson was one of the few such Women to have a detailed History of Her combat experience as well as receiving a Pension for Her Service. Born in 1760 in Massachusetts, Sampson came from a moderately ''well off'' Family of Merchant-Farmers. She was described as being very tall for women of The Era and had ''mannish features'' and was ''well toned'' (all factors which would help Her maintain Her later ''secret'').

Her Father abandoned The Family (for unknown reasons). Deborah's Mother found it difficult to support Her Children and as such (which was customary then) – ''loaned out'' Her Children to other Family Members for work (in trade for room and board. Deborah went to a relative who did not agree with the social policy of women NOT being intelligent and educated. She took it upon herself to educate Deborah (who showed an amazing aptitude for Math and various Craft skills more appropriate to Men). She could sew, farm make furniture – Deborah excelled at every task and job.

The old woman died when Deborah was 16, and She was sent to live with a Male Relative. Having Boys, Deborah was treated more as an indentured servant that ''working family member''. Additionally, The Relative did not think it right for Deborah to be so well educated. His children (in secret), continued to teach Deborah. At 18, with her servitude finished – Deborah was well able to support Herself. First as a Teacher then Carpenter and later Tavern Owner. It is unclear why, well into The Revolutionary War against Great Britain, that Deborah conceived the thought to Serve......as a Man!

Enlisting in The 4th Massachusetts Light Infantry, ''Robert Shirtliff'' (Her chosen name), was well liked. In ''Her'' first engagement outside of Tarrytown, New York (1782) – ''She'' was slashed with a Sword (forehead) and shot twice in the thigh. She begged Her comrades NOT to take Her to The Surgeon (lest Her identity be revealed). Fearing for Her life, She was taken anyway. The Doctor tended to Her head injury, but when He left Her for a moment – ''Shirtliff'' ran off. By Deborah's own account, She ''dug out'' one of the Musket Balls and sewed Her wound up! The other would was too deep. The ball would remain a source of pain for the rest of Her life.

Becoming ill in 1783, ''Shirtliff'' was tale to a civilian Doctor in a delirium. This Physician quickly determined Shirtliff's secret. However, He did not reveal such. Having His wife and daughter care for Deborah, He later stated that he ''admired'' Her for Her courage. However, at some point – The Doctor (who was personal friend to Deborah's Commanding Officer), sent Her back with a Letter to The General. This Letter ''told all''. With The War winding down, perhaps The Doctor did not wish to see Deborah further injured or (pressing Her luck further) – getting killed.

The Letter was read by The General. He too admired the courage and resourcefulness of Sampson. He granted Her discharge and gave Her money to see Her Home. But once Home, Deborah felt that She (as a Veteran) deserved a Pension. She was denied. Deborah went on a Speaking Tour soon after – wearing Her Uniform and telling Her tale. She garnered so much publicity that She became acquainted with both Paul Revere and John Hancock (two well noted Heroes of the late War). With their help, The State of Massachusetts granted Her a small Pension. Deborah would still try to petition The US Government for full recognition. They rejected it over and over.

Married in 1785, Deborah had several children (and adopted others). Her and Her husband's small Farm never did produce well. In 1816, Deborah (destitute by this point), was finally able to get Congress to award Her a small Pension (but refused back pay). A small victory at any rate. In 1827, Deborah was stricken by Yellow Fever and died at 66. Unsung and largely forgotten was this true Heroine of American Independence. 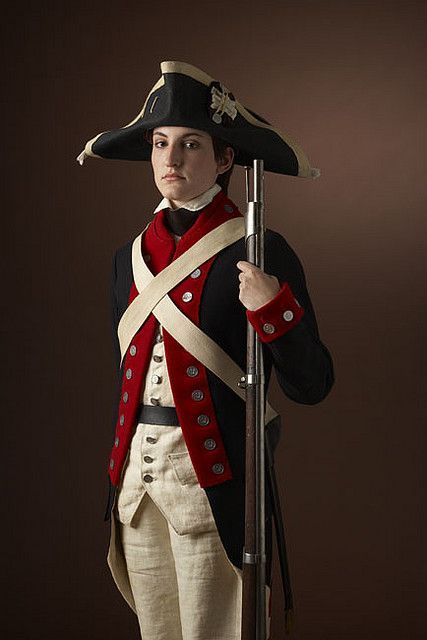