Often seen as The European version of Chinese Strategist Sun Szu's "Art of War", The "De Re Militari" ("Concerning Military Matters"), was written by Plubius Flavius Vegetius Renatus, during the apex of Ancient Rome's Military Power. The work covered all aspects of tactics, deployments, Unit types, training and discipline. It also discussed Enemy tactics and applications of Military Engineering and Siege work. The earliest known copy of The Manual dated from the 5th Century. Surviving into the early Middle Ages, with the advent of The Printing Press, The De Re Militari was among some of the first books printed. It became almost "The Bible" of Military Tactics, used by all European Military Strategist's throughout Europe by the 12th Century.

The book became so important, that it was also given as an Award to victorious Military Commanders. These copies were printed on fine cloth and were encased in covers embossed in Gold leaf. Broken down into 4 Sections, each covered a particular structure of Military Art. Great emphasis was given to Training and Discipline - two very important factors in the creation of any Army. Still used up to the 17th Century, The De Re Militari was even adapted to feature the use of Firearms in Warfare. It is still studied for understanding of Ancient tactics, even today. 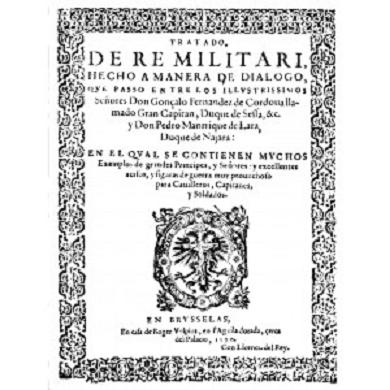