A series of some of the earliest Codified Laws and Regulations established by Viking expansion from The Coasts of England, inward. It began to take hold in the 8th Century AD (although it is first mentioned in the 11th Century AD). Danelaw overtook West Saxon and later Mercian Law, as the dominant form of Law and Punishment. It was particularly prominent in Northern and Eastern England (areas with the greatest concentration of Danes).

In the 8th Century AD, England's Alfred The Great and Viking Chieftan, Guthrum established a Treaty of Peace, which was based on Danelaw. Land Division, legal compensations – even the establishment of Free and Bond Tenants (land holders and workers), were established in part by Danelaw.

Although with The Saxon Invasion of 1066, and the establishment of Saxon Law – as time progressed many of Danelaw's concepts would be likewise incorporated. Dane Culture, language and traditions would also be absorbed into English History as a result. 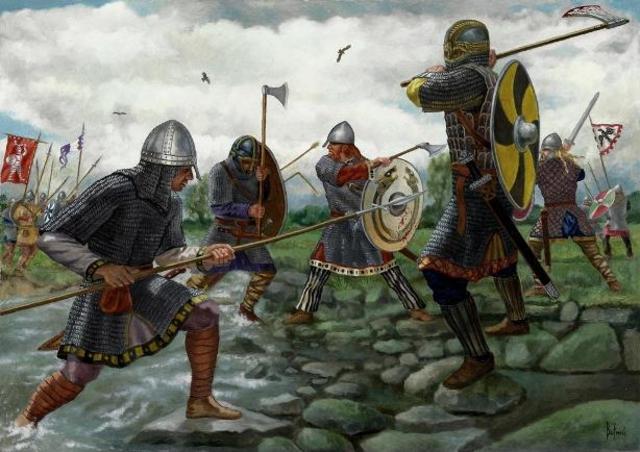