A staple of Polish and Russian Cavalry Units in the 18th Century, The somewhat iconic Czapka Cap was a uniquely shaped “Helmet” of sorts. Noted for the unusual 4-pointed Crown, often featuring decorative feathering, it was constructed of heavy layered leather. The front had brass plating. No protection was offered at the sides. Some versions featured cloth coverings of various colors. Distinctive Unit identifiers made of stamped brass, decorated the front. Derived from The Shako Hat, The Czapka was only used by mounted Units. The became a staple in many Eastern and Central European Armies during The Napoleonic Wars of the early 19th Century. The Uhlan Cavalry and Lancer Units were most noted for their use of The Czapka. 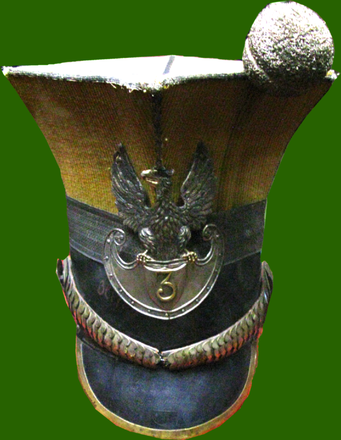