The Curia Julia was a structure built in The City of Rome in 44 BC. It was The Senate House. Inside, as many as 300 Roman Government Officials would meet to debate and discuss. The site of The Curia was built over a similar type of Government structure dating to The Etruscan Period, before the Rise of Rome.

The Curia was destroyed by both fire and earthquake, many times during it's History and rebuilt every time, up to the 4th Century AD. Made from ''Roman Concrete'' covering Brick, over this was placed Marble slabs. The multi-floored structure measured 115-feet at it highest point. The original Foundation which featured a Columned Facade walkway, was 150-feet wide. The Entrance to The Senate Hall was sealed by a massive pair of Bronze Doors (told of in song and story for Centuries).

The interiors, wide impressive were mostly bare. The primary point next to The Halls, was an Altar dedicated to The Goddess ''Victory''. It was speculated that a massive Marble statute of Her once existed. While very few of the original Buildings of Ancient Rome have survived time, Nature and War – The Curia Julia has, in part. While all of it;s adjoining outer structure have long ago collapsed or were torn down to be repurposed, The Main Hall still stands. The interiors have been partially restored (as of 2013). 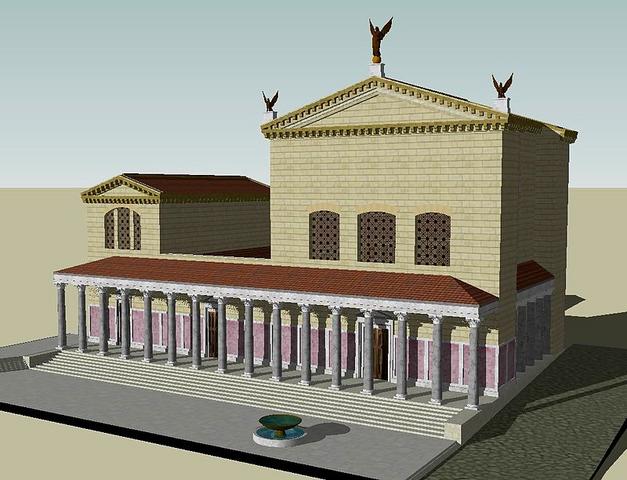