Built in 1850, The ''Sray'' was a Steam, Paddle-Wheeled Tugboat, built in The American state of Indiana for a Florida Cotton Exporter. It was used to transport heavy loads of harvested Cotton to The Florida Coasts, via the many riverways cutting through The State. The ''Spray'' was taken over by The Confederate States in 1863 and commissioned ''CSS” (Confederate States Ship). Although not armor plated, ''Spray'' was buffered with Cotton Bales and 4-inch thick wooden ''Rifle Plates'' to protect the Main Deck from Musket and Shrapnel.

Active only of The Coast of Florida and it's waterways – ''Spray'' did in fact engage Federal Troops on several occasions with Her (3) 2-lb. Deck Cannon. It was Her attack on advancing Federals intent on capturing The State Capital at Tallahassee, actually prevented them from doing so. Later, at The Battle of Natural Bridge (1865) and Force of 25 Volunteer Sailors from ''Spray'' supported the Battle from land. Within a month, The American Civil War would end. Feaing capture, The ''Spray's'' Captain ordered Her ''burned and scuttled''. However, some locals cite that this ''story'' was indeed only that – a story. The ''Spray'' was said to have been hidden and may have ''lived'' well into the early 20th Century (before she was broken up, nearly rotted away). 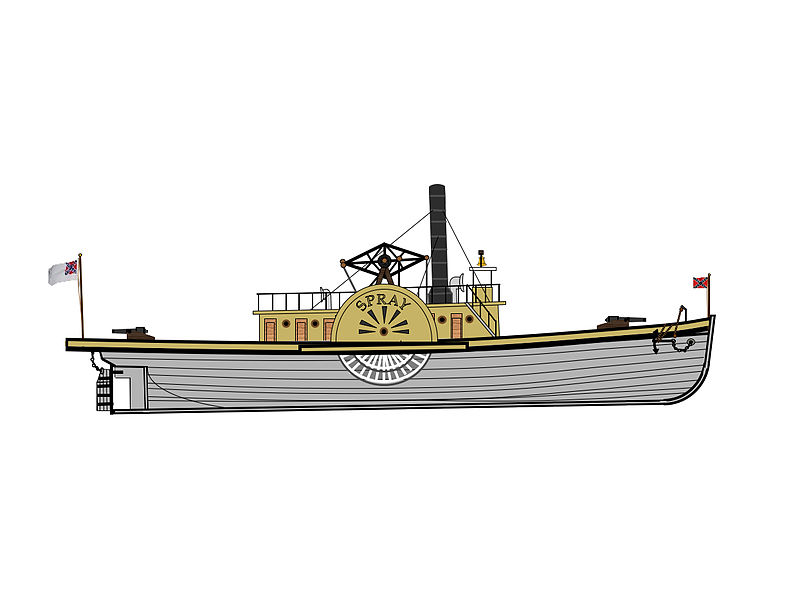