Designed by Horace Hunley (Father of the famed Confederate submersible ''Hunley''), The ''Pioneer'' is considered an early prototype of that Vessel. First built in 1861 for possible usage by The American Confederate Navy during The Civil War (1861-1865), She was constructed in New Orleans, Louisiana. Taken to The New Basin Canal in 1862, She was to be tested. However, advancing Federal Forces and the eventual early fall of New Orleans that year, caused ''Pioneer'' to be scuttled. She was raised and examined by Federals Forces, but was deemed to badly damaged to be repaired and used against Her former Owners. ''Pioneer'' was scrapped for Her iron. A full scale Model was built in Charleston, South Carolina. ''Pioneer'' (based on Her blueprints), is 80-feet in length and roughly 2-tons. She would have supported 8-Men. 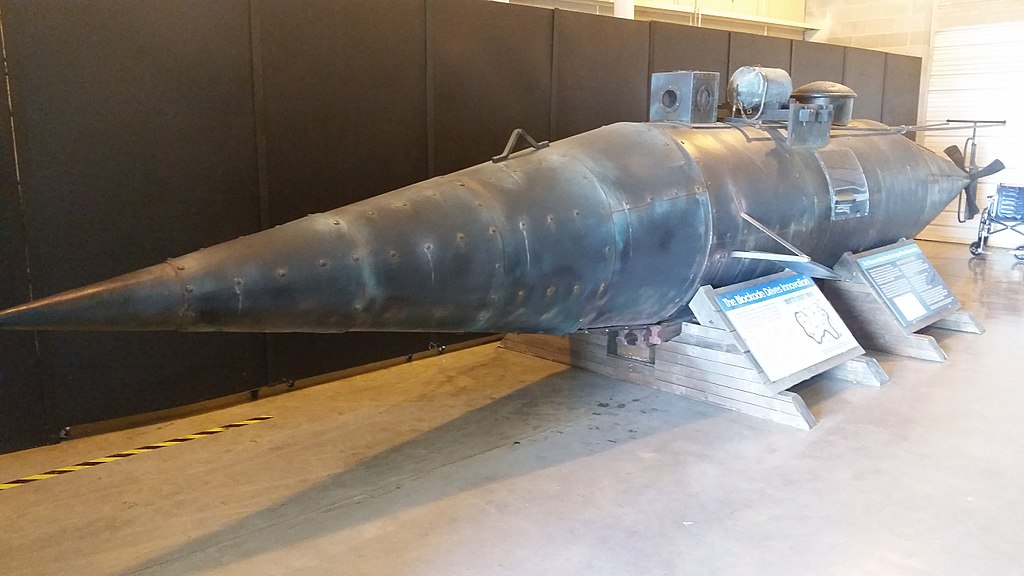