The term known as ‘’Crying The Banns’’ was a Tudor Era legally accepted practice, performed by Nobility – as a means of establishing a Public Claim of impending marriage. While this was not quite legally binding, such declarations in Public were seen as necessary to refute any contestations. As was accepted, both intended needed to be present at their Church for (3) consecutive Sundays. At the pre-arranged time (either before or after Mass), The intended Husband would rise and ‘’declare’’ His intention to marry and support His future Wife. This also meant that the future Wife agreed with these statements. If a Wife (rarely) voiced Her opposition to the impending marriage, both parties could be legally released from any future contract of marriage. An while no real ‘’damage’’ to the Man’s reputation was placed, it was fatal to the Woman. Often such a denial in Public and in Church, was a sentence to Spinsterhood and great shame on Her Family. ‘’Crying The Banns’’ was not practiced by Common persons. Many Religious required ‘’The Banns’’ prior to their ‘’blessing’’ of any Noble Marriage. 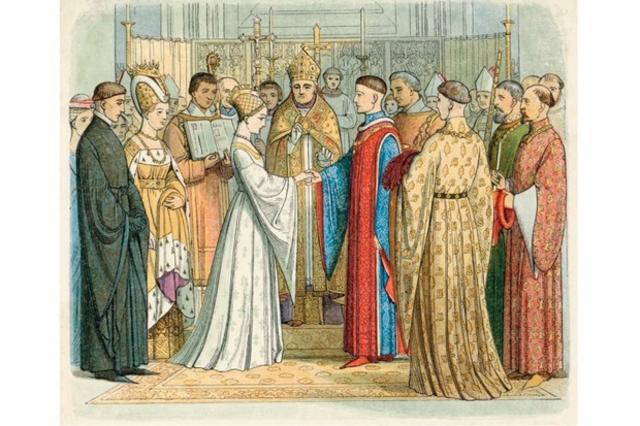