Dating to the 1st AD (and lasting perhaps to the 3rd Century AD), The Roman Crupellarius were heavily Armored Gladiators, specifically recruited from Gaul (France). Unlike other Gladiator Classes who wore Armor in varying degrees, The Crupellarius wore heavy Lorcia (Segmented Armor), Greaves (legs), which extended to nearly the thigh, Manica Armor on both arms, and a heavy, fully enclosed helmet. Traditionally, Gaulish Warriors were known for their ''large'' size and muscular frames. As such, these Gladiators would have no issues in fighting in such heavy and cumbersome ''gear''. The Sword and shield were the preferred weapons. In ''performance'', Crupellarius were trained to present a more ''defensive spectacle'' for The Crowds in The Arena. As such a typical Bout may last several hours. They all ended the same however – with only one victor. 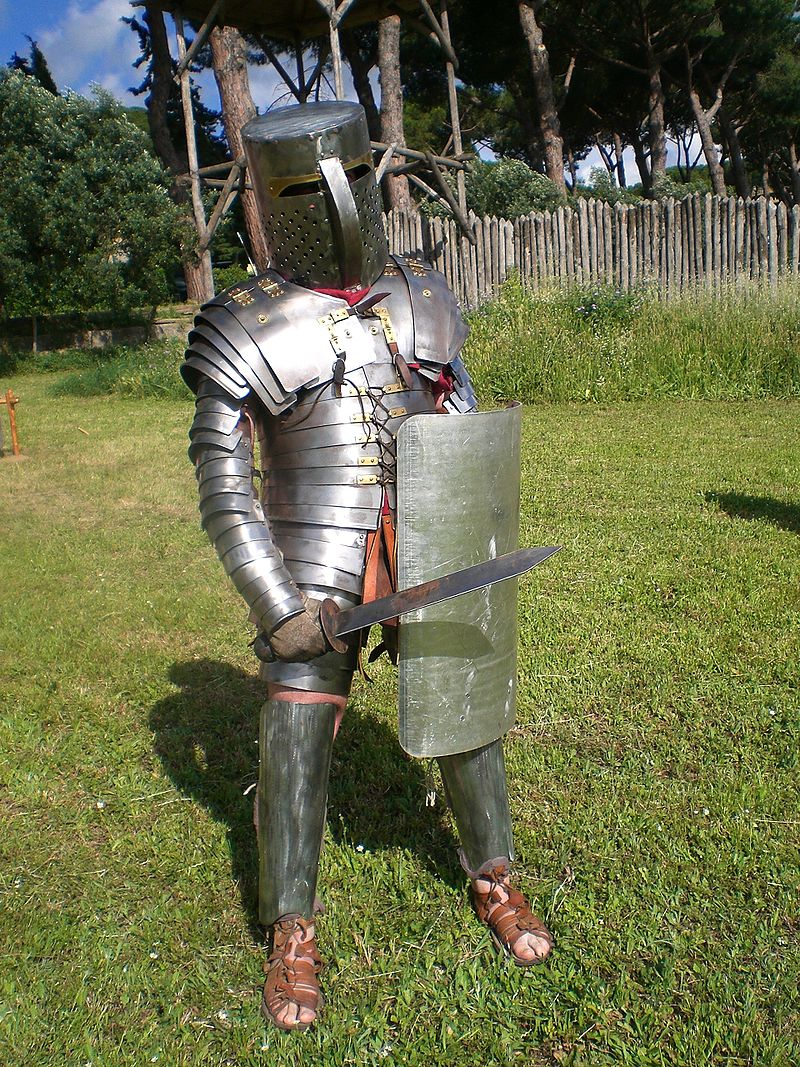