Crown of The Preserver

As we have seen with Roman Military Awards, the use of Crown Head Pieces were varied. The Crown of The Preserver was seen as a combat award issued to all Ranks. It was a rare award, dating to The Republic Era and carried on thru to The Imperial Period. The criteria of award stated that a Roman Soldier who risked his life to save a civilian or non-combatant, could be awarded The Crown. It wad also one of the few that could be given posthumously. Much is debated on the actual construction of a Preserver Crown. It has been described as organic, made of Wild Flowers and Berries. Others, place Gold Leaves interspersed throughout. No actual examples survived, with most exemplars being "faked" in The Middle Ages. Most seen are on various Roman Statuary pieces. Later in The Imperial Period, Preserver Crowns were worn by various higher ranked Senators (who too were seen as "Preservers" of The Roman People). 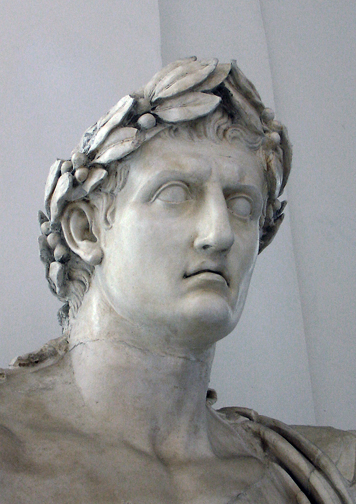