The life of Brule (Sub-Sect) Lakota Sioux ''Associate'' Chief Khangi Sunka or ''Crow Dog'' was one that would strangely lead to a major US Supreme Court Ruling in the 1880s. He was also responsible for stopping members of His Tribe from attending the infamous Tribal gathering at The ''Ghost Dance'' which would lead to the Massacre at Wounded Knee (South Dakota, 1890). As far as His ''legal fame'', Crow Dog reputedly killed a ''rival'' Chief over a Woman. Whereas the incident happened on Reservation (Tribal Land), per most US Government Treaties, Federal Authorities had no jurisdiction to bring charges. Despite a future ruling, Crow Dog was arrested by The Marshal of The Town of Deadwood (who, with a Posse – illegally entered Indian Territory). Put on Trial, it was later argued that Reservation Territory was Sovereign. He was tried and even sentenced to hang for His crime. His argument was that he was ''stopping The Chief'' from ''going to War with The Whites'' again and igniting another Conflict (although most agree with the ''Crime of Passion'' version). Crow Dog would be released under the riling of The Supreme Court. But as a consequence, The Federal Government added that future ''serious crimes'' (of which a list of 12 was developed), allowed Federal Law Enforcement Authorities to enter Reservation Territory and capture and arrest Native American violators, as of 1887. Crow Dog died of old age in 1912 at 79 years. 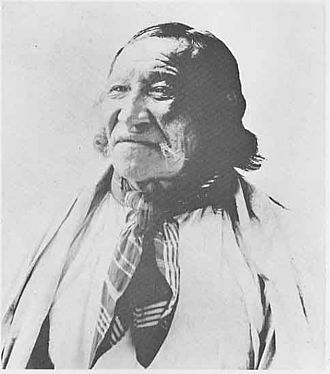