In Ancient Egypt, The ''Crook and Flail'' was the ultimate symbol of the complete authority of a Pharaoh. These were devices which were perhaps the earliest version of the Orb and Sceptre – which established The King or Queenship of a Ruler throughout most of Europe, many thousands of Centuries later. The earliest example of their usage dates to possibly 3,500 BC, in what would be known as The Upper Kingdom. Egyptian Royalty carried (or bore) The Crook and Flail (crossed), over their chest for all matters of ''great State importance'' (issuing Decrees and Judgments). As such, the devices were also reproduced on their sarcophagus upon death (to be carried into The Afterlife as a symbol of their Rulership). The Crook was taken to mean The Kingship first established by The God Osiris, with The Flail relating to ''Fertility''. The devices were hand tooled from Gold and other precious stones and jewels. 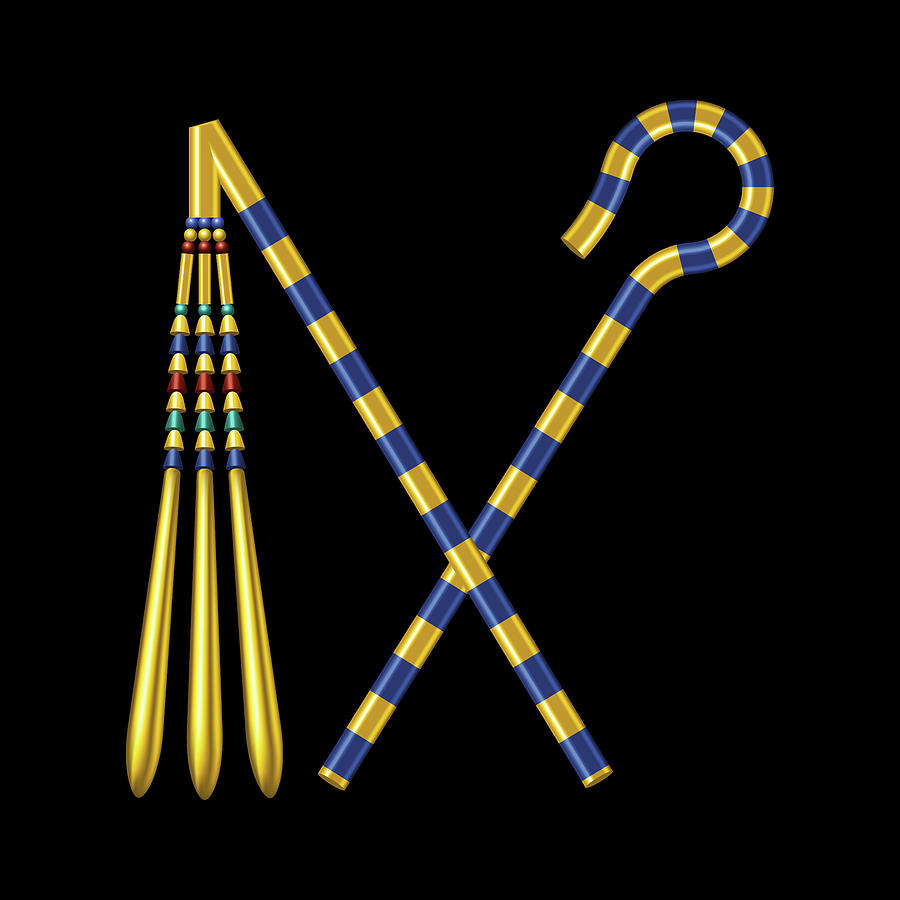