Masters of the Ranged Weapon (Bow), Cretan Archers (Isle of Crete), were sought after Mercenary Soldier in Ancient Greece of the 5th Century AD. Their skill with Bow and Arrow can be traced back as far as 2,250 BC as Hunters. They adapted both Standard and Convex Bow designs into their usage. The Cretan Archers were particularly popular in The Macedonian and later Early Roman Armies. Their true honor in combat came at The Battle of Cunaxa (near present day Baghdad) in 401 BC, when they held off The Persian Advance against a retreating Greek Army under Xenophon.

Non armored (for mobility and speed), They did carry a small Buckler type shield. In the 1st Century AD, they were known to have adopted Chain Mail and a style of leather cap. Under Roman control, a Cohort of Cretan Archers were also equipped with axe and small swords. During the 13th Century and The Fourth Crusade, Crete was under control of by The Byzantine Empire. Cretan archers were still known to exist until The Kingdom of Venice wrested control of The Isle. The last known combat active detachment of Cretan Archers were stationed inside The City of Constantinople when it was under siege by The Ottoman-Turks in 1453 AD. 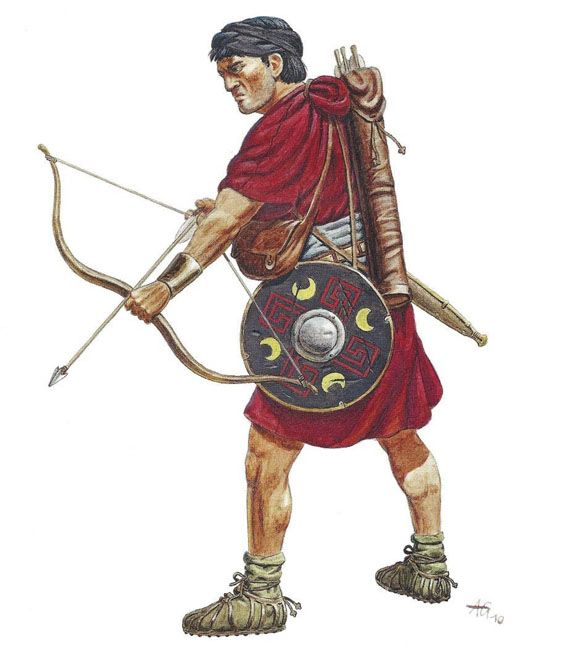