The Court of Common Pleas was an English Legal Gathering, which began in the 12th Century and lasted until 13th Century (before being disbanded). Based largely on Ancient Roman Law and the establishment of early Medieval European Law, The Court was designed to ''hear'' or ''Pleas'' of a more Common nature (or those not relating to a King or Queen being involved). Royal Law had to be heard by The ''King's Bench'', which was a Judge elected and installed by a Monarch. The Common Court had an elected Judge, but was backed up by a panel of Common Judges (or Lawyers). For 600 years, The Common Court served as the foundations for basic English Law. Established by The Magna Carta, The Court also used Sergeant at Arms to enforce pending rulings. The Court was established at Westminster Hall (later Parliament), The Court establish many precedents which would later be coded into English Laws. The Court would be disbanded by King Charles II. 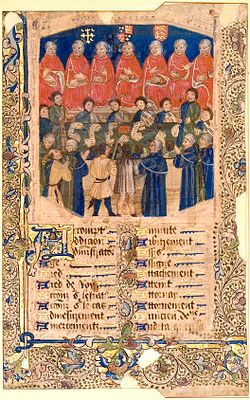