A Coronet is defined as a “Hat or Crown” of Office. For Middle Ages Nobility, it was worn for only ceremonial purposes only – for Royal Coronations. It was similar in design with Royalty (only jewels were not used). Made of a band (circlet of Gold), they presented with a velvet ermine “cap”. Normally worn by Earls, Barons, Marquess, Dukes and Viscounts, they would often employ their Official “Office Symbolism” (if one was held). In these cases, the circlet was silver with Red velvet). Also called “Coronet of Office” or “Coronet of Rank”. 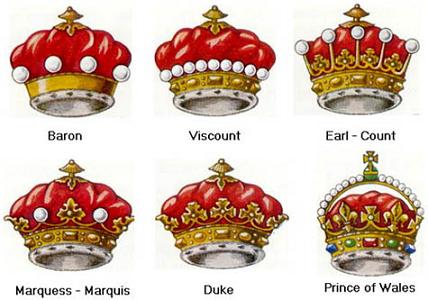