One of the most widely recognized helmets of Ancient Greece, The Corinthian helmet originated in Corinth from the early 4th Century B.C. - well into the 1st Century A.D. Made of bronze and roughly 5 pounds in weight, it covered the entirety of the head and face. Noted for it's front sloping fins that terminated into points, it also featured an attached Nasal Guard that was more in kind with the traditional Guards of the latter Middle Ages (as with The Barbute Helmet of Northern Europe). A major drawback to The Corinthian Helmet was that one's vision was severely limited. The design was adopted by the early Roman Armies. 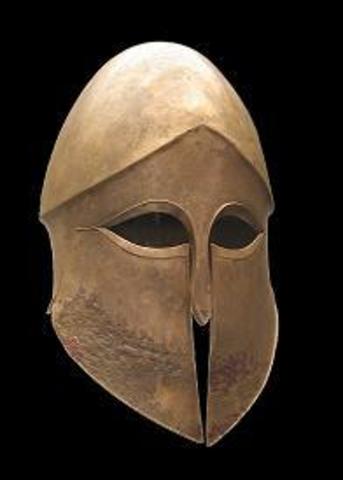