Born in 1154 in Sicily (Italy), Constance was the Daughter of King Roger II. Having no male Heirs, she was Heiress to The Kingdom of Sicily. She was married to Henry VI (future Emperor) – in 1184. This political marriage secured a link to The Norman Kings of Italy and The Hohenstaufen House of Germany. She was crowned as Empress in 1199. Her Cousin Tancred had used her time away with her new husband to secure her Throne in Italy. He died in 1194 and Constance assumed the Throne (without opposition). When she was 41 (old for her day) – she gave birth to a Son. Named Frederick, he would succeed his Father (Henry) in 1197 to the Throne. History will record him as Frederick II – one of the most powerful and controversial Monarchs of The Middle Ages. His Mother Constance – died in 1198. 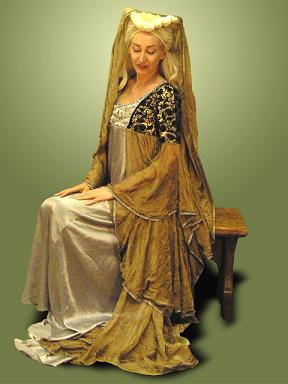