By strict definition, a ''Partisan Ranger'' by US Military terms, was in essence – irregular Cavalry. Not quite conforming to traditional military discipline or regulations. While both sides (North and South) disparaged the use of such Forces, The Confederacy had to accept the fact that it needed trained and expert Horsemen (Cavalry), to ''carry The War'' to The North. The North never officially created any Irregular Cavalry (due to their already large numbers of Cavalry). The South however, over many strenuous objections from leading General Officers – created and passed The Partisan Ranger Act of 1862.

The Act allowed for independent Officers to form their own Cavalry Units – known as ''Rangers'' or ''Raiders''. They bore full cost for forming their own Companies and equipping them. The Act stated that they could however confiscate and captured Enemy goods for the purpose of maintaining their Unit. The unspoken word was also – this is how these units were paid, since The Confederate Government would not!

Most Raiders and Rangers were ex-Highwaymen and Robbers, most of who were little more than Mercenaries. Some would go one to make even larger names for themselves after The War as infamous Outlaws. Some however, did fight for The Southern Cause, and operated with both Military discipline and planning (Mosby's Raiders and NcNeill's Rangers being the only two that would become officially recognized by The Confederacy after The Act was repealed in 1864).

The Partisan Act, while a failure in many aspects, did help The South militarily in several ways. Raiding Parties (as far North as Ohio in some instances), caused The Union Army to deploy needed Troops to many areas outside the general War Theater, to protect it's supply routes as well as Towns and Cities. These soldiers were well needed elsewhere. The Partisan activities also helped to create heavy propaganda for The South, that The North was not all that invincible and could be attacked. 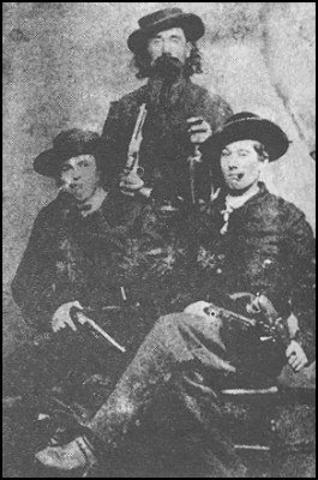