Raised in Texas in 1861 for service in The Confederate States Army (during The American Civil War), the flag was named for it's commander General John Bell Hood. A Hero of The Mexican War of 1846, Hood designed the flag to reflect not only The States of Texas (The Lone Star), but the newly designed Flag of The Confederacy. Carried as a secondary Banner (alongside The Confederate National Colors), Hood's Brigade Flag was present at EVERY battle fought by The Army of Northern Virginia (of which the Brigade was assigned). 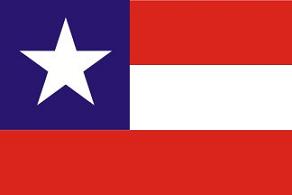