Georges Augustus De Coppens was a French Immigrant who moved to The State of Louisiana in the 1850s. A Military Graduate of The French ''Marine School'', De Coppens maintained his ''avid interest'' in Military issues. His Father, who maintained the Nobility Title of ''Baron'', would raise several Regiments for Service in The Confederate Army, when The American Civil War began in 1861. Young De Coppen became a Quartermaster in one of these. However, De Coppens wished to form His own Regiment of Soldiers, and was authoriized by The Confederate Government to do so.

In late 1861, De Coppens formed ''De Coppens Regiment of Zouaves''. As we have seen, the French Military ''Zouave''-style of dress was very popular in both Union and Confederate Armies in the beginning of The Conflict. With bright Red and Blue Uniforms, The (6) Companies would be detached for Service guarding The City of Pensacola, Florida – until assigned to General Robert E. Lee's Army of Northern Virginia. They roughly numbered 600 Officers and Men.

However, a reformation of Louisiana Regiments that would combine most smaller Units into larger ones, found ''De Coppens Regiment'' merged into The 1st Louisiana Infantry. However, De Coppens was promoted to the Rank of Lt.-Colonel and given temporary command of The 8th Florida Infantry Regiment. It was with The 8th, De Coppen would fight and die on the fields of Antietam in Maryland (1862). 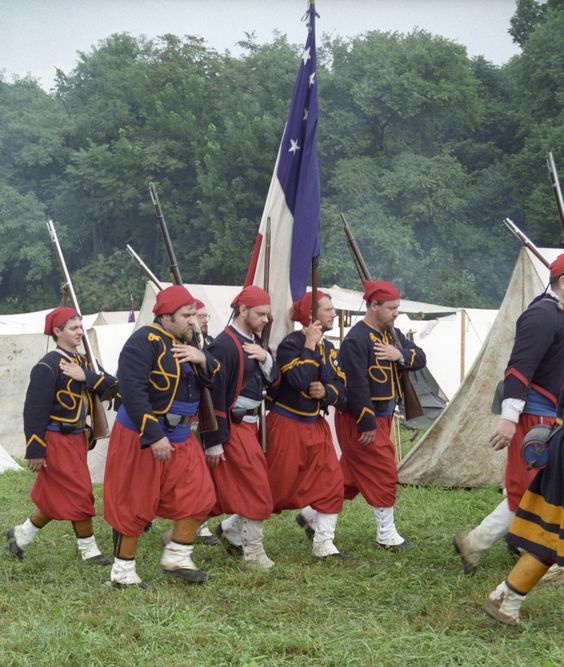