Also known simply as The Georgia Legion, was an American Confederate Cavalry formation – raised for service in The Confederate States Army, during The American War Between The States (1861-1865). The Legion consisted of (8) Regiments of Cavalry, (1) Infantry Battalion (7 Companies) and (1) Battery of Artillery (6 Guns). The Legion was only assembled as a whole once in 1861. The remainder of The War found The Georgia Legions split up (but still identifying themselves as The Legion) – and served with The Army of Northern Virginia. The Legion components fought in the majority of Northern Virginia Army battles, with only (2) Infantry Companies (roughly 75 Officers and Men), surrendering in 1865.

Only (1) undersized Regiment of Legion Cavalry survived The War to surrender with General Johnson's Army in North Carolina (1865). The Artillery Battery survived and likewise surrendered with General Lee in 1865. It is estimated that of the roughly 1,200 Officers and Men who volunteered in 1861, only 125 could be accounted for in 1865. 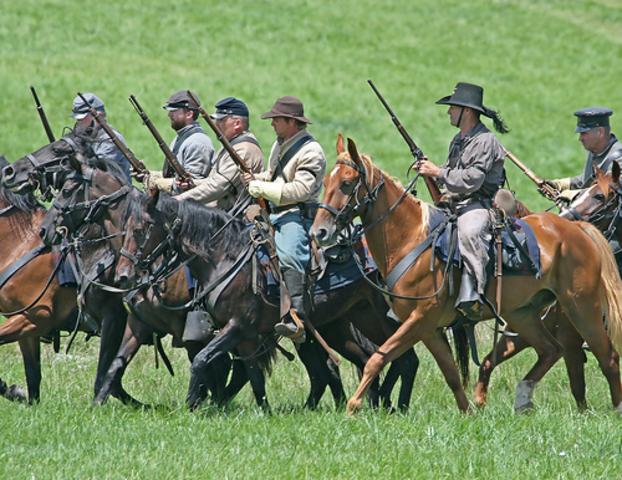