Designed and developed by The Confederate States of America from 1861 to 1865, The Brooke Gun was Heavy Coastal and Naval Cannon. It was the primary heavy cannon in use with The Confederate Navy. There were two types: Smoothbore (for Shore use) and Rifled (for Naval). The lightest of The Brooke weighed just over 9,000-pounds – with the heaviest made being at just over 23,000 pounds.The weapon was also noted for it use of specially designed shells – known as “Bolts”. The Bolts were designed along the lines of Canister Shot and featured a flattened “nose” which lessened ricochet of the shells. Ranges varied with Cannon size, but the heaviest had a range of 3,000 yards. 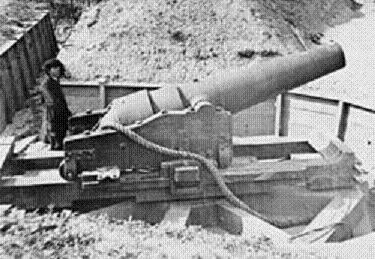