Perhaps one of the ''smallest'' Infantry Regiments in The American Civil War of 1861-65, The 7th Florida Volunteer Infantry was raised in early 1862 in Gainesville, Florida. The Regiment numbered just 100 Officers and Men and were arranged into (10) small Companies. The Regiment was assigned to The Western Theater of The War with The Confederate Army of Tennessee. The Regiment engaged in many skirmishes, but only fought in (2) major Battles. The first at Chickamagua, Georgia (1864) and Bentonville, North Carolina (1865). The Regiment was among one of the last to surrender with General Joseph Johnston in May of 1865, thus officially ending The Civil War on land. The 7th Florida wore regulation Confederate Grey Uniforms at first, but would – like many Confederate Units, adopted a wide variety of different colors due to lack of proper uniforms. They did adopt The Army of Northern Virginia Battle Flag, or Southern Cross as their War Flag. 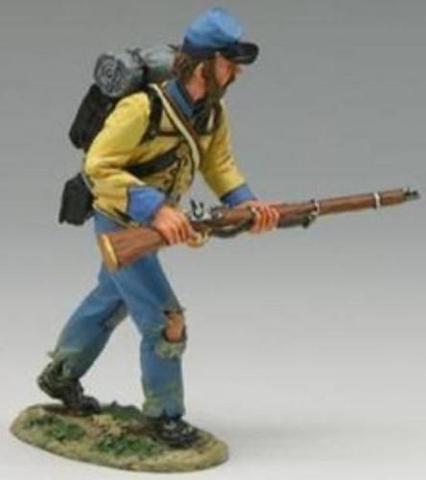