The 6th Georgia Infantry Regiment was raised in 1861 to participate in The American Civil War, for The Confederacy. Composed of (8) Companies, The Regiment numbered 800 Officers and Men. The Regiment was seconded to General Lee's Army of Northern Virginia originally, but by the end of The War, would be part of Joseph Johnson's North Carolina Army. The 6th would participate in many of The army of Northern Virginia's early battles, to include Fredericksburg (1862) and Lee's first Invasion of The North, Antietam (1862). The Regiment was transferred to Johnson's Army in 1863 and missed being deployed to Gettysburg.

They were sent back to Northern Virginia in time for The Siege of Petersburg and Cold Harbor (1864), suffering heavy casualties. After regrouping, The 6th was detailed to The Carolina Coast, garrisoning many Forts. After The Battle of Bentonville (North Carolina, 1865), The Regiment surrendered to Union General William Sherman's Army in 1865 with 115 surviving Officers and Men. 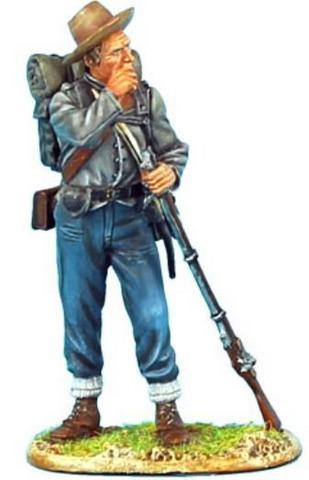