Sometimes referred to as “Partisan Rangers” and Dragoons, The 62nd Virginia was used as both Cavalry, Mounted Infantry – and even losing their horses for a brief period of time. Raised in Staunton, Virginia (for service in The Confederate Army) in 1862, the Unit was commanded by Gen. John Imboden. Attached to Lee's Army of Northern Virginia, The 62nd participated in many of The Armies battles in and around Virginia. Serving as Scouts, and later Dragoons, they participated with valor at The Battle of Gettysburg in 1863. The Unit did suffer high casualties and many were taken prisoner on July 2, 1863. Later reconstituted into The 18th Virginia, they would be eventually disbanded in 1865. The Unit was noted as among one of the first to wear the “Butternut Brown” uniform – made popular in The South due to the lack of Gray dye. 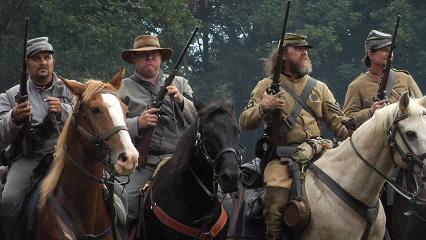