Although The State of Maryland had a Pro-Union (Republican) Government, the majority of The State's population was Pro-Southern. So much so, that when South Carolina declared it's independence from The Federal Government in 1860, many Marylanders felt they should support The Southern Confederacy and likewise join. Several small scale riots including threats to attack any ''Federal'' Volunteer Units'' that ''dared to pass'' through The State on to Washington DC (to answer Lincoln's call for Volunteers). A tenuous relationship for four years, Maryland stayed in The Union, but several Regiments were nonetheless formed to fight for The Confederacy. The 2nd Maryland was one such Unit. Created in 1862 from the disbandment of the short lived ''1st Maryland Infantry'', The 2nd Regiment consisted of (5) Companies of Infantry and was attached to General Robert E. Lee's Army of Northern Virginia. The Regiment mustered around 500-Officers and Men.

Serving in The Shenandoah Valley (briefly under General Thomas Jackson), The 1st Maryland was present at The Battle of Gettysburg (Pennsylvania, 1863). They held their position along Culp's Hill, under withering Federal fire. The Regiment suffered an incredible 60% casualty rate. Reconstituted to a degree, a detachment of Light Artillery was assigned to The Regiment as well. The 2nd Maryland would go on to fight in many small scale skirmishes and participated in the last two large scale military campaigns of The War (The Battle of Cold Harbor, 1864 and The Siege of Petersburg, that same year). When The Regiment surrendered with Lee in 1865, barely 40 Officers and Men were mustered out.

The Regiment used The Army of Northern Virginia Battle Flag or Southern Cross as their Colors. Like most Units, they not only featured their Unit name and identifier, but placed the names of the battles they fought on them. Originally, The Regiment used The 1st National Flag (Stars and Bars) – but followed regulations and switched to Lee's Flag. The Regiment followed standard (early War) regulations with regards to uniform colors of Cadet Grey and Kersey Blue Trousers. Uniform facing were Black. 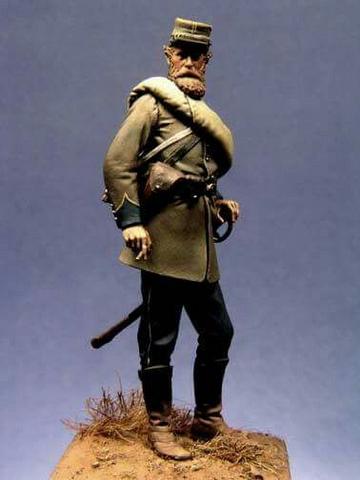