Composed of (10) Troops of Cavalry, roughly numbering 2,000 Officers and Men, The 2nd Louisiana Cavalry was originally The 33rd Louisiana Partisan Rangers (Irregular Cavalry), and formed in 1862. The Regiment was a result of Louisiana being captured quite early in The American Civil War. The Regiment operated exclusively in The State of Louisiana and the lower Portion of The State of Mississippi. They were considered one of the largest quasi-Home Guard Units of The War. Part of The Army of The Trans-Mississippi, The 2nd Louisiana did fight in many skirmishes with The Union army as it attempted to completely pacify Louisiana. The Regiment accounted for 600 casualties by the time it surrendered in 1865.

The Regiment used an unusual Color scheme for it's Battle Flag. Adopting The Army of Northern Virginia's Battle Flag or Southern Cross – as it was known, it inverted the original colors. Rather than a Red Field, a Blue was chosen, and rather that The Saltire Cross being Blue- it was Red. All (13) Confederate and sympathetic Southern States were represented on their Colors, one each on each bar of it's Saltire. The Regiment Name and Identifier was also placed on The Flag in script rather than Roman Block print. 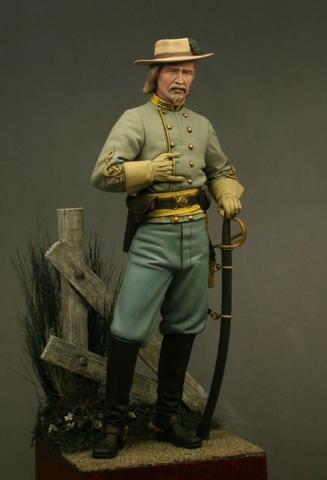