The 26th North Carolina Infantry Regiment was a American Confederate Infantry Force formed to support The Confederacy during The American Civil War of 1861-1865. (10) Companies of Infantry were raised in 1861, numbering around 1,200 Officers and Men. The Regiments were assigned to Confederate General Robert E. Lee's Army of Northern Virginia. The 26th has the infamous honor of having more casualties listed in The War than any Unit, North or South.

Participating in (9) of some of the worst Battles ever fought may have been a contributing factor to their casualties list. Of note, of the 800 Men who made The Charge with General Pickett at Gettysburg in 1863, over 500 of The 26th would fall in 30-minutes.

Barely reformed from surviving Companies, The 26th would go on to the hell which was The Wilderness Campaign and The Siege of Petersburg (both in 1864). They suffered a 50% casualty rate defending in The Battle of The Wilderness against The Unions crack ''Iron Brigade''. Many of the 26th's wounded casualties could not be rescued from the forest fires there, caused by musket and cannon fire. The 26th surrendered at with General Lee at Appomattox Court House (Virginia, 1865), an estimated 28 Men. 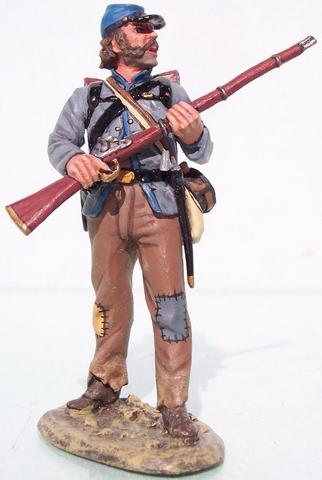