Raised from Counties in and around Lexington, Virginia, The 1st Rockbridge Artillery served in The Confederate Army of Northern Virginia during The American Civil War on 1861-65. The Battery was formed by former Virginia Military Institute Professor and Lay Preacher John McCausland. A ''Light'' Battery of only (4) Cannon, He named them after the Biblical Disciples ''Matthew, Mark, Luke and John''.

Composing of roughly (50) Officers and Men, The 1st Rockbridge fought at The Battle of Bull Run (Manassas) and were instrumental in providing the cover fire that allowed Confederate General Jackson to earn his immortal nickname of ''Stonewall''. They would fight in many of The Army of Northern Virginia's most important ''Artillery'' engagements throughout The War. It was also at Bull Run that The Battery captured a Federal Cannon, earning them a visit from Confederate President Jefferson Davis later on the battlefield. The Battery would remain with General Lee's Army and surrendered with him in April of 1865. 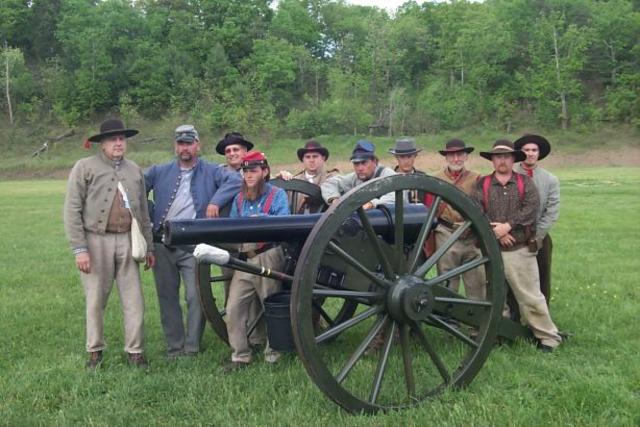