Volunteering for War Service with The Confederacy during The American Civil War of 1861-1865. The 1st North Carolina Infantry was raised in 1861. The Regiment recruited (10) Companies totaling 1,600 Officers and Men, with The Regiment being assigned to General Lee's Army of Northern Virginia. The 1st North Carolina fought in many of the battles of The Army of Northern Virginia, to include the infamous ''Pickett's Charge'' at Gettysburg in 1863. The Regiment lost 55% combat casualties as a result of The Charge.

The Regiment would continue with General Lee until the end of The War at Appomattox Court House, Virginia in 1865. By then only 71 Officers and Men had survived. The Regiment followed the original Confederate Regulations regarding Cadet Grey wool Jackets with former Federal Light Blue (Kersey) Trousers. The Regiment used Black as it's Uniform Facing. The Regiment's Colors were as all other Army of Northern Virginia Infantry Regiments – The Southern Cross Battle Flag. The 1st North Carolina not only had it's name and identifier stitched into their Colors, but recorded their many major engagement in this way as well. 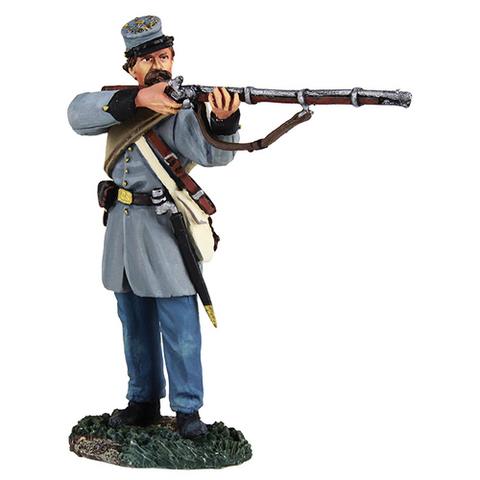