Missouri was a ''divided'' State within The United States at the start of The Civil War of 1861-1865. While many voted to remain in The Union, just as many voted to join The Confederacy. A Union supportive Government, backed by a Federal Army held ultimate control. Despite this, thousands of Missouri volunteers left the State to fight for The South. The 1st Missouri Cavalry was one such. Formed in 1861 of (10) Companies, numbering 800 Officers and Men, The 1st was detached to The Trans-Mississippi Army and fought im many of it's major battles and engagements, to include Pea Ridge, Vicksburg and Atlanta (with The Army of The Tennessee). It surrendered in 1865 in Alabama with scarcely 40 effectives surviving. The 1st Missouri Flag was a Blue Field in entirety. A Red Border was placed around the Flag, save The Hoist area. Placed in the Left and Right Cantons of The Field, was a large White Christian Cross. No phrasing or other embellishments were known to have been placed. 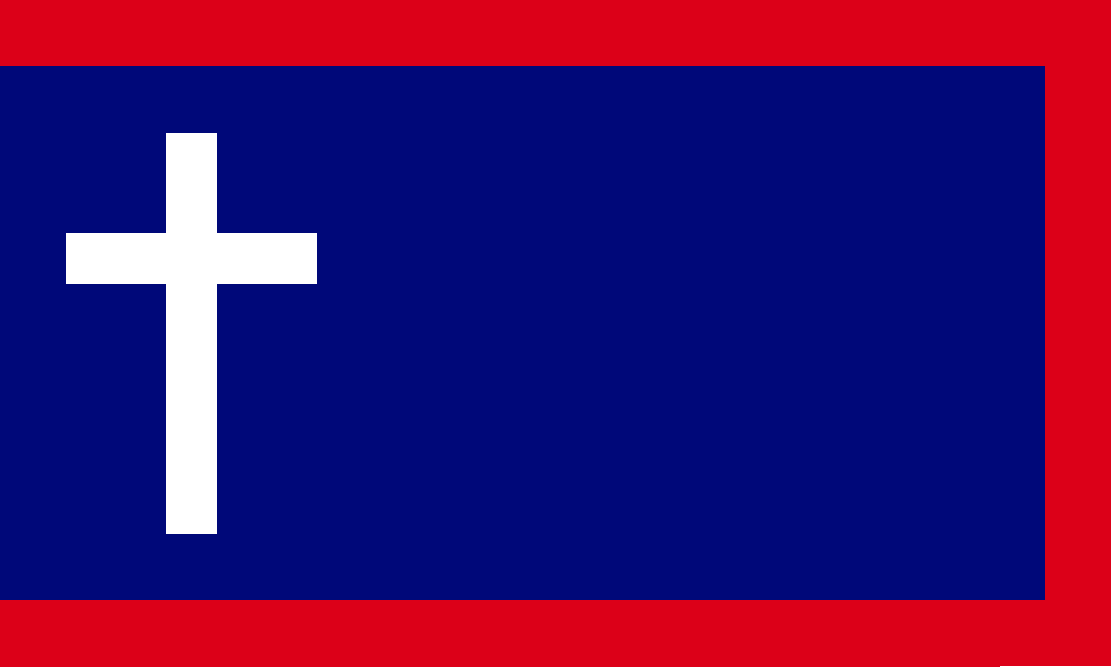