Formed in 1861, The 1st Louisiana Cavalry Regiment served in The Confederate States Army in The American Civil War of 1861-1865. It consisted of (9) Cavalry ''Companies'' (Troops) and (1) Light Howitzer (Battery). The Regiment numbered 900 Officers and Men. The Regiment served in The Western Theater of The War, under General AS Johnson's Western District of The Confederate Army. Oddly, over 200 of The 1st would die of an outbreak of Measles in 1862. The Regiment would fight at The Battle of Ft. Donelson (Tennessee) – which was one of Federal General US Grants first Civil War engagements. The 1st Louisiana also fought with General Nathan Bedford Forrest at Shiloh (1862), suffering many casualties.

In another odd twist, The Regiment would (revolt) against it's Commander (Colonel John Scott), whom they stated committed ''acts which severely jeopardized The Regiment''. After an investigation by Command Authority, Officers of The 1st Louisiana were replaced and The Regiment was placed under Command of famed Confederate General Kirby Smith. They would serve as Scouts for Smith's Army until they surrendered in 1865. 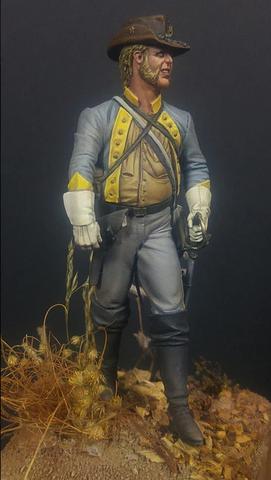