Formed in July of 1861 in service to The Confederacy, during The American Civil War – The 11th Virginia Infantry Regiment was assigned to General Robert E. Lee's Army of Northern Virginia. They remained with that Army until the end of The War. (7) Infantry Companies were formed, with their numbers being around 1,500 Officers and Men. The 11th would go one to fight at the first battle of The War at Bull Run (Manassas) Virginia and every other major battle of The War in The Eastern Theater. They were also present at the epic Battle of Gettysburg (Pennsylvania, 1863), participating in the ill-fated ''Pickett's Charge''. They suffered 40% casualties as a result.

The 11th was reformed and sent to defend against The Federal Siege at Petersburg (Virginia). They were also present when Federal Forces ignited their underground mine (The Crater) – in an attempt to break Confederate emplacements and the nearly 1-year long siege. By the end at Appomattox Court House in 1865, only 128 members of The 11th Virginia surrendered. The Regiment wore the standard ''Cadet Grey'' Uniform of The Confederate Army, with Black trimming. 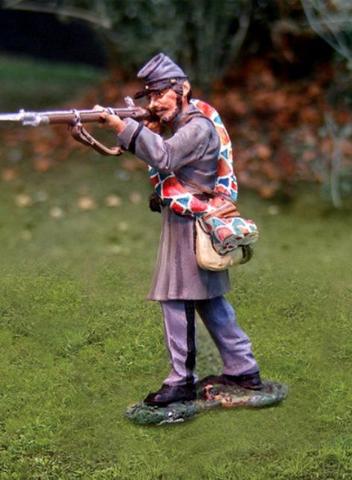